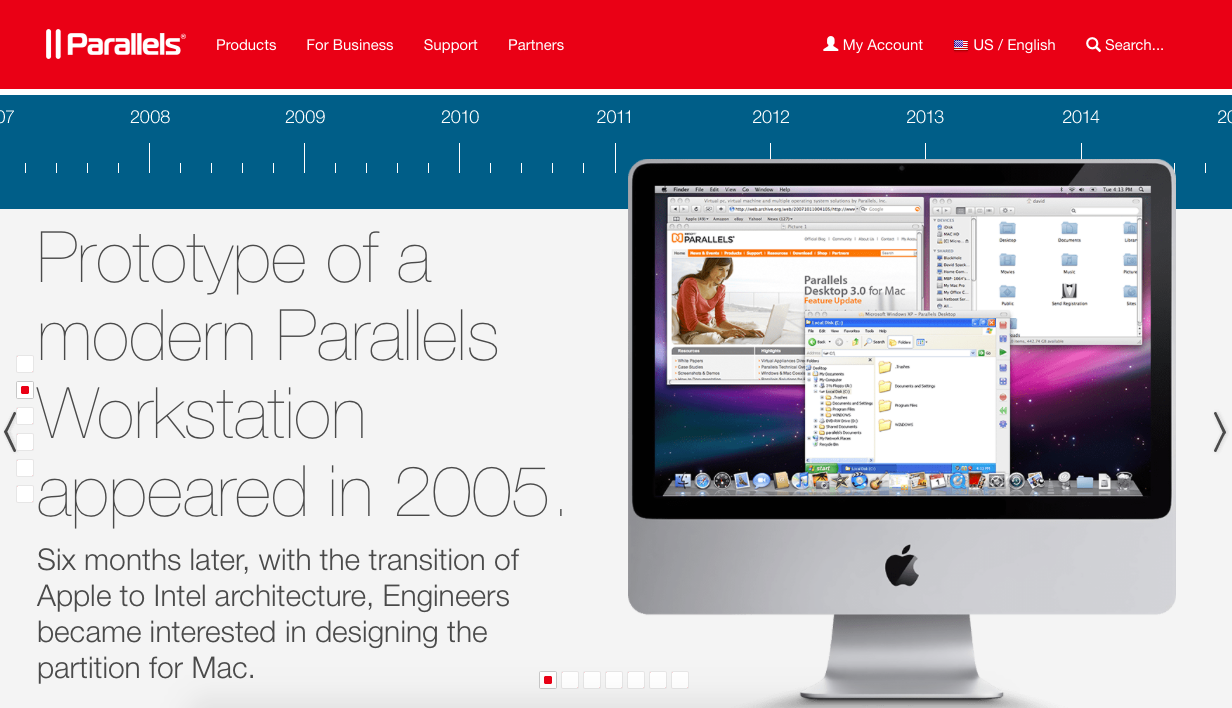 Parallels Desktop celebrates 10 years of putting Windows on your Mac

Parallels is celebrating the 10th anniversary of its virtualization software, Parallels Desktop. With Apple’s switch to Intel processors, running Windows on the Mac became possible, but it was Parallels that made it not just practical, but powerful. Adding innovative features that integrated Mac features into the Windows environment, Parallels arguably made running Windows on a Mac even better than on a standard PC.

One of my favorite aspects of attending Macworld Expo as press (or a speaker) was getting my annual not-for-resale copy of the latest version of Parallels Desktop. Because while I was lucky enough that I never needed to run Windows on my Mac, I looked forward to seeing what features Parallels had added with each release. It also gave me a chance to stay up to speed on what Windows was offering its customers.

There are lots of great reasons to use Parallels Desktop’s virtualization — to run Linux, ChromeOS, even other instances of Mac OS X. If you’re curious but haven’t tried it out yet, there may not be a better time — Parallels is offering 25% off Parallels Desktop 11 to celebrate its anniversary. You can even try it for free.

I’m happy to see that Parallels is still innovating and I hope they stay at it for many more years to come.